Hemicat being built by Klassic Rides LLC of Denver N.C. 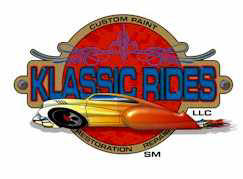 Klassic Rides announced here today the building of The HemiCat, a unique blending of the classic 1949 Jaguar Mark IV and the new Chrysler 300-C.
This unique custom car will utilize the Jaguar Mark IV body, considered one of the 20th century’s most outstanding, fitted onto a Chrysler 300 mechanicals including a 400 horsepower hemi engine.
“We wanted to build a signature piece that would really show off the abundance and varied talent we have here”, Klassic’s president and founder Floyd West said.
“We also want to emphasize to our friends in the Antique Auto Club of America that the original chassic on the Jag was not fixable nor was the orginal engine and drivetrain with the Jaguar so we began thinking about mating it with another car.
We searched through the spec sheets of many cars and found the Chrysler 300 tread width and wheelbase are almost identical with the Jag,” West said.
West said that there was not a car like this in the world and wants the public to see and enjoy this when it is finished in 2011.
He is building this for legendary NASCAR promotor Humpy Wheeler, a car buff who started Autofair at Charlotte Motor Speedway 35 year ago.
The Hemi-Cat will be featured at many major auto shows as well as shows produced by The Good Guys and the National Street Rod Association. The building of it will be featured in a television documentary as well as a major performance magazine.
“Klassic Rides and its owners Floyd and Billy West and their people are among the best restorers and street rod builders in the nation,” Wheeler said. ” They are a one stop shop and can do everything from paint, engines, upholstery and fabrication.”
Follow the progess weekly on the 1949 Jaguar along with their other restorations at www.klassicrides.com